Google hosted an online event-launch night in on 30sep and launched its next generation pixel phones,google nest audio,google tv service and chrome cast.

Google pixel 5 is not a flagship this year.

Google launched pixel 5 and pixel 4a(5g) both are 5g phones but are not flagships.

It has 6gb ram

No wireless and reverse charging

Both phones are super cool and impressive.google does not focus much on launching a flagship this year it mainly focused on the current situation and undercut its price on pixel by choosing a midrange 5g chip on its phones.

No soli project this year but.. Pixel 4 users are lucky they have the feature that every phone lacks(soli radar)

There are major improvements in hardware and software-

Pixel 5 has 8gb ram and powered with snapdragon 765g to deliver faster 5g experience and same with the pixel 4a(5G) but it has 6gb ram.

Pixel phones are no.1 camera phones since many years.Computational photography is leading the camera world.

This time pixel included an ultrawide lens on these two phones.

Google also added a car crash feature which allows you to call an emergency when you have a car crash.

These pixel phones get 3 years of upgrades.

The reason to buy a pixel phone is for its camera,google;s incredible features and regular updates and feature drops that google provide.

How ever it announced availability of pixel 4a in india i.e from october-17

You can buy pixel 4a in india through flipkart.

Google does not reveal any price details of pixel 4a we need to wait for some time. 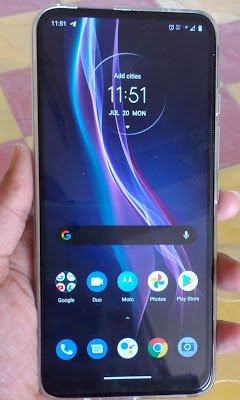 Rate this post Oneplus nord review-In 2014 OnePlus entered the smartphone category with the OnePlus One, and was the most expensive smartphone with flagship specifications. Over the years, they have continued to introduce new smartphones that kill every six months, but they have not been able to keep the same low entry price with the…