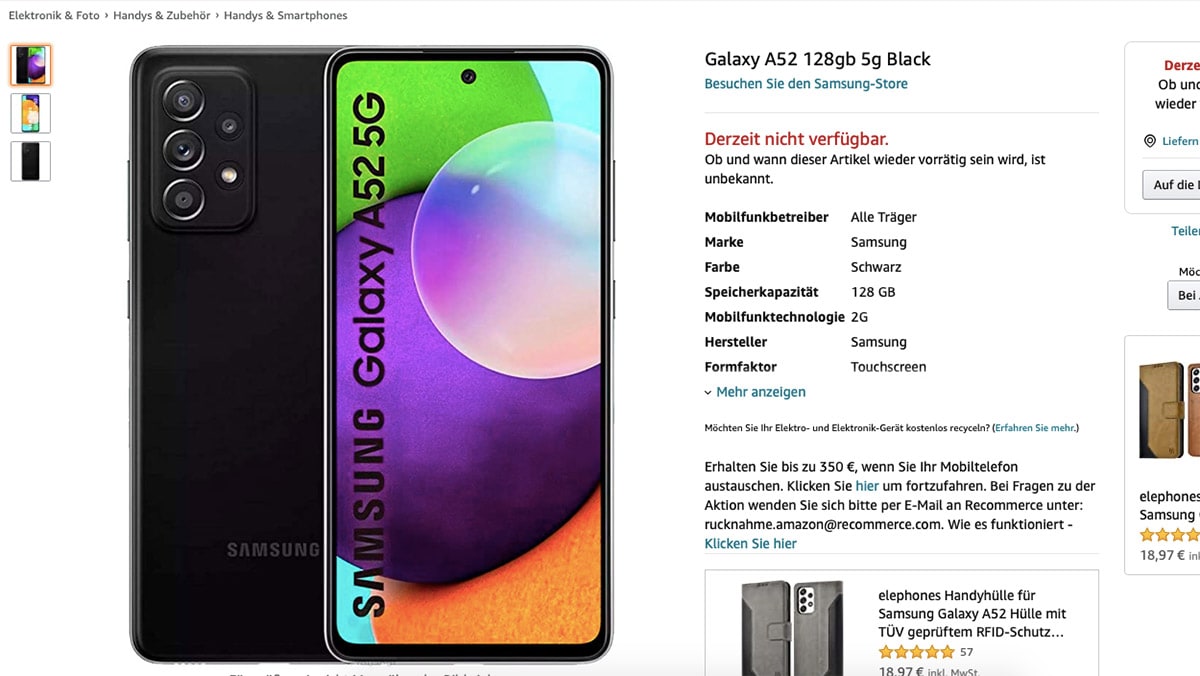 The Samsung Galaxy A52 5G was listed at PLN 1900 (roughly Rs. 35,800) but the listing was taken down after it was reported. It was also spotted on Amazon Germany with a listing price of 449.28 Euros (roughly Rs. 38,900). The listing also mentions some specifications of the device. However, this Amazon listing was from a third-party seller, and there is a chance it may not be accurate.

The specifications listed by the Polish retail website were in line with previous leaks according to GSMArena. The Samsung Galaxy A52 is reported to sport a 6.5-inch Super AMOLED display with a 120Hz refresh rate. It is said to sports a quad-camera setup consisting of a 64-megapixel primary camera, an 8-megapixel ultra-wide angle camera, a 5-megapixel macro camera and a 2-megapixel depth sensor. At the front, it has a 32-megapixel selfie shooter.