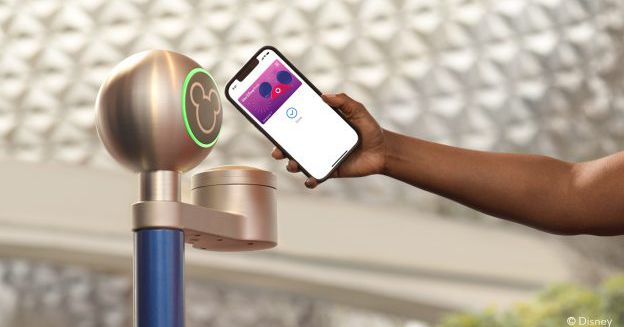 In 2013, Walt Disney World resort offered the MagicBands — a plastic bracelet that made it easy to perform numerous services such as park tickets. And now, almost a decade later, the company is finally making your trip to the most magical place on Earth a little more modern with MagicMobile, a digital pass accessible through your iPhone and Apple Watch starting later this year.

As an alternative to spending money on a plastic NFC wristband, the MagicMobile pass will be added to your Apple Wallet. Guests can then use their iPhone or Apple Watch to gain entry into the park. Disney has not said exactly when MagicMobile will officially be available but confirmed Apple devices would get access to the service and features first.

Disney confirmed in a blog post that the MagicBands will still be an option, and guests can choose which option is more convenient for them or even use both and alternate between the MagicBand and MagicMobile pass. (Disney says it’s introducing new MagicBand colors and designs featuring Disney characters.) The company also notes that MagicMobile will not replace the My Disney Experience app, which serves as a digital room key for guests staying at a Disney Resort hotel.