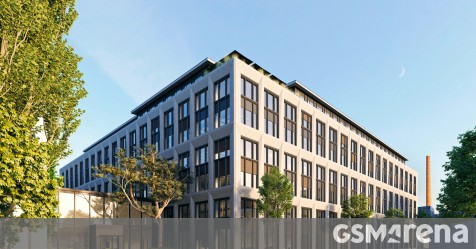 Apple’s commitment to expanding its chipset designs and producing in-house 5G modems just received a significant boost. In an official press release, Cupertino announced its funding a new R&D facility in Munich, Germany with 1 billion euros over the coming three years. The European Center for Chip Design will serve as Apple’s largest semiconductor facility in Europe and is touted as the largest development site for mobile wireless semiconductors and software in the Old Continent.


Apple’s European Center for Chip Design will be located in downtown Munich.

For this purpose, Apple is building a 30,000 square meter site (pictured above) which will host its engineering teams with plans to move in by 2022. Apple is clearly gearing to transition away from Qualcomm modems for its mobile chipsets. These speculations have been circulating for several years and were clear reasoning behind the acquisition of Intel’s smartphone modem business back in 2019.

I couldn’t be more curious about what our engineering teams in Munich will discover – from exploring new possibilities in 5G technology to a new generation of technologies that will enable even more performance, speed and connectivity. – Tim Cook

Munich continues to be Apple’s largest development center in Europe where Cupertino employs over 1,500 engineers in fields ranging from wireless technologies to application processors and power management.