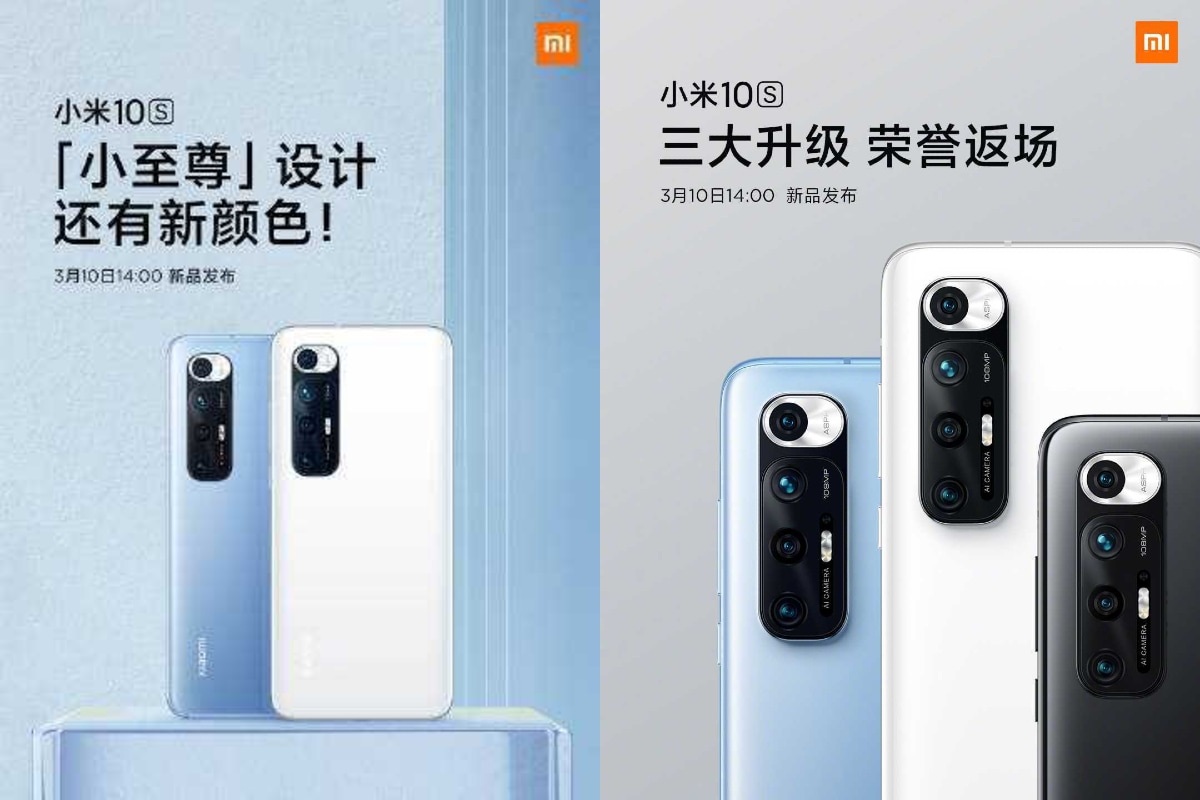 Mi 10S launch date has been revealed, and its being unveiled in China on March 10. Xiaomi has taken to Weibo to confirm the arrival of the phone and has teased key specifications. The Mi 10S is confirmed to be powered by the Snapdragon 870 SoC. This new chipset was launched in January and is a slightly tweaked version of the Snapdragon 865+ that debuted last year. It clocks a speed of up to 3.2GHz. The teasers also confirm that the Mi 10S will have a 108-megapixel primary camera at the back.

In a series of Weibo posts, Xiaomi has confirmed that the Mi 10S will have Harman Kardon double stereo speakers for better audio quality and bring a 360-degree stereo immersive experience. The phone is said to have received an audio score of 80 on DxOMark. The Mi10S launch event is teased to begin at 2pm local time (11.30am IST) on March 10 and the posters suggest the phone may come in at least three colour options Classic White, Elegant Black, and Mysterious Blue.

The Mi 10S, in the teaser posters, is seen to have a quad camera setup with a 108-megapixel primary camera. The sensors sit one below the other in a vertical line on the top left corner of the back panel. There’s an accompanying flash module as well. The phone’s back doesn’t have a rear fingerprint scanner outline, hinting that it may integrate an in-display sensor.

As mentioned, the Mi 10S is also teased to be powered by the Snapdragon 870 SoC. This new processor includes the Qualcomm Snapdragon Elite Gaming technology to assist mobile gamers and has the fifth-generation Qualcomm AI Engine to enable on-device artificial intelligence (AI) experiences.


Tasneem Akolawala is a Senior Reporter for Gadgets 360. Her reporting expertise encompasses smartphones, wearables, apps, social media, and the overall tech industry. She reports out of Mumbai, and also writes about the ups and downs in the Indian telecom sector. Tasneem can be reached on Twitter at @MuteRiot, and leads, tips, and releases can be sent to [email protected]
More