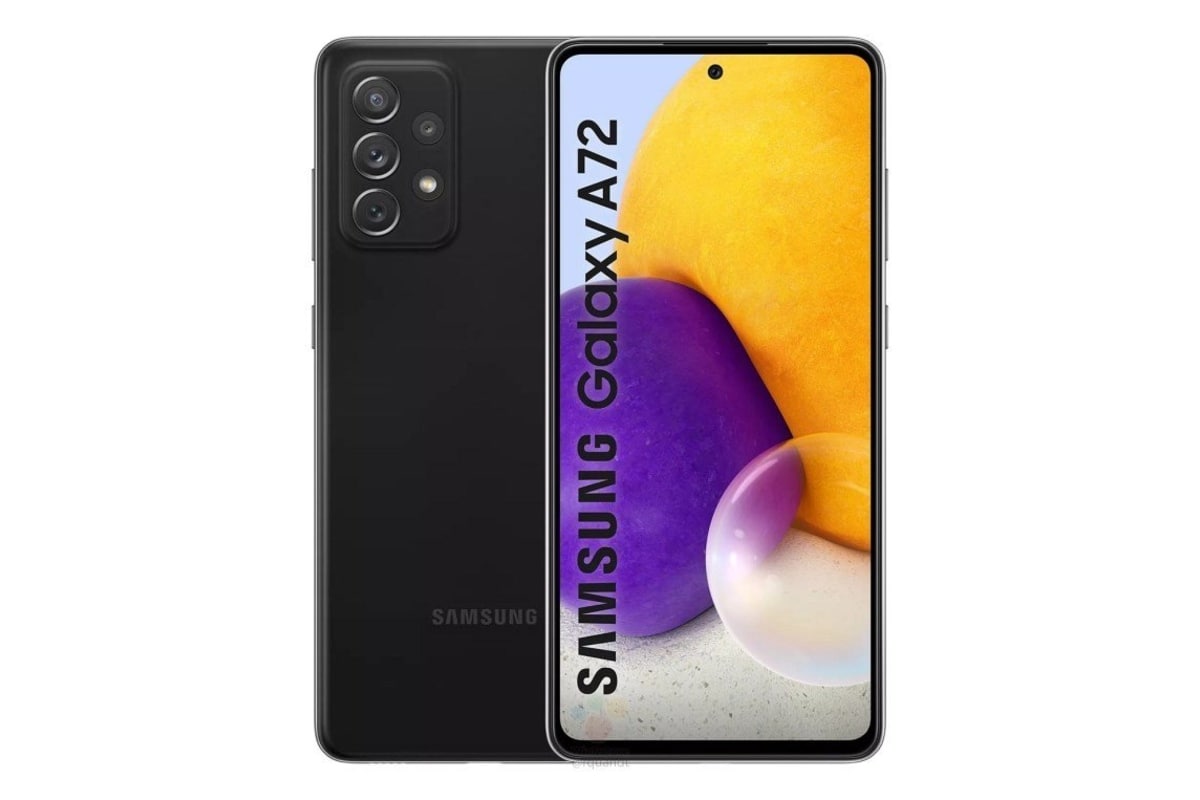 Samsung Galaxy A72 4G has been reportedly spotted in a Google Play Console listing suggesting the phone may launch soon. The phone has been popping up on various certification websites but Samsung is yet share any information on it. The alleged Google Play Console listing comes with a few specifications and also shows the design of the Samsung Galaxy A72 4G variant. The image in the listing suggests that the phone may come with a hole-punch cutout in the top centre of the display. Previous leaks suggest that the Samsung Galaxy A72 may feature a quad rear camera setup.

Tipster @TTechnical shared on Twitter a couple of screenshots of a Google Play Console listing for the 4G variant of the rumoured Samsung Galaxy A72. The specifications present in the listing suggest the phone will be powered by the Snapdragon 720G SoC (Qualcomm SM7125), Adreno 618 GPU, and run on Android 11 out-of-the-box. It is said to come with a full-HD+ display with a 450ppi pixel density. The variant in the listing has 6GB RAM.

The tweet also has an image of the alleged Samsung Galaxy A72 4G which shows the phone with a hole-punch cutout and slim bezels on three sides with a relatively thicker chin. The power and volume buttons are located on the right side.

There have been several leaks in the past that suggest some of the specifications expected from the Samsung Galaxy A72. The phone is said to feature a 6.7-inch full-HD+ display with a 90Hz refresh rate. It is expected have an 8GB RAM with 256GB storage variant as well.

Samsung Galaxy A72 4G could pack a quad rear camera setup that may include a 64-megapixel primary sensor, an 8-megapixel secondary sensor, a 12-megapixel ultra-wide-angle sensor, and a 2-megapiel sensor. On the front, there may be a 32-megapixel selfie camera. The phone may be backed by a 5,000mAh battery and could have an in-display fingerprint sensor as well.

The 4G model of the Samsung Galaxy A72 could have a starting price of EUR 449 (roughly Rs. 39,400). But it may be cheaper when it launches in India. While Samsung has not shared a release date for the phone, it is expected to be launch in India in this month.