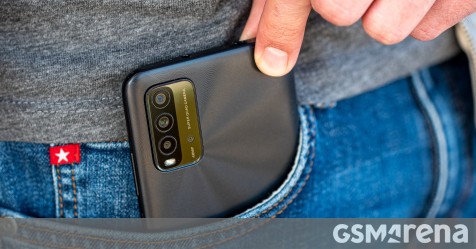 6,000 mAh – that’s the battery capacity of the Redmi 9T which came out in the early days of this year. €159 is its asking price and it’s actually known as the Redmi 9 Power in India. We just so happened to receive a stealthy Carbon Gray Redmi 9T unit and these are our first impressions as we begin work on our review.

For starters, the phone feels thick (9.6mm) and heavy (198 grams) as was to be expected with that kind of battery capacity. The back is made from plastic and features a groovy texture that helps with the grip and keeps smudges at bay. The sides are plastic and unlocking the phone is done from the fingerprint scanner on the right-hand side. 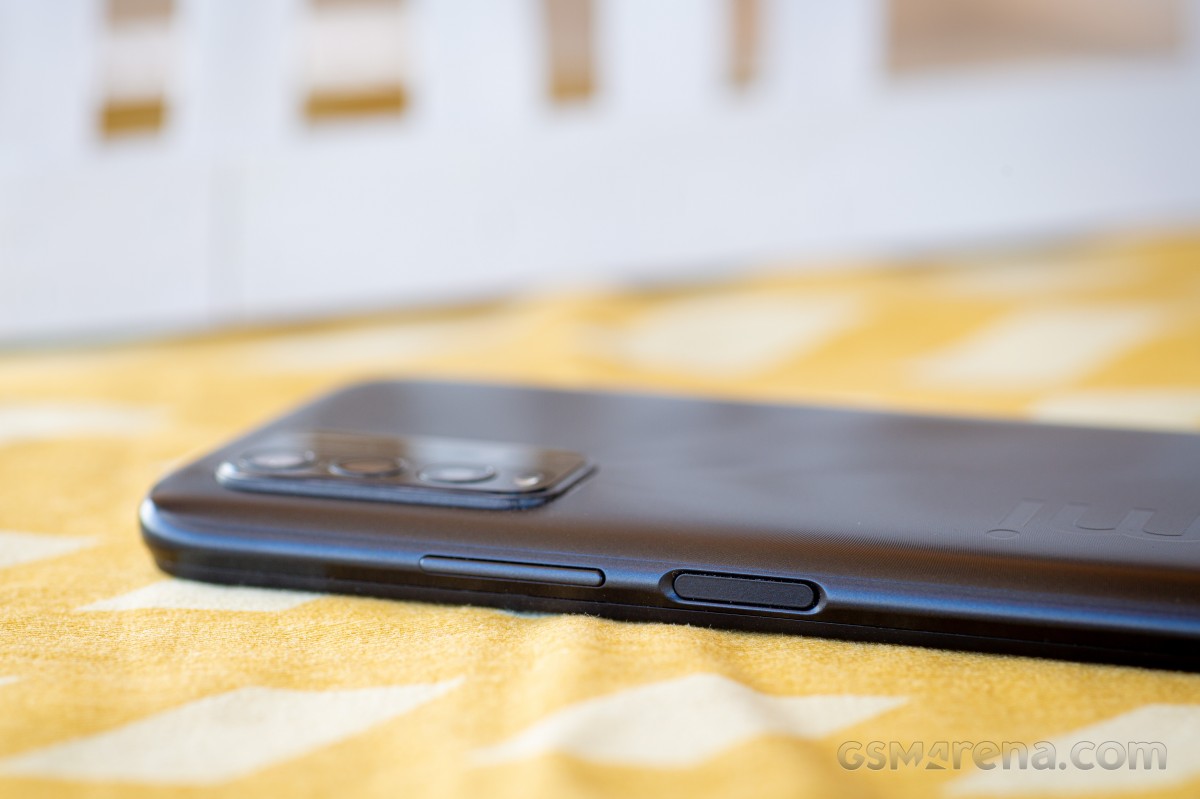 The 6.53-inch IPS LCD is decent indoors but is rather poor when viewed in direct sunlight. The box comes with a clear silicon case, 18W charger and USB cable. Mind you that the Redmi 9T can also serve as a proper power bank with its reverse wired charging capabilities.

Around the back, we have a triple camera setup with a 48MP main snapper alongside an 8MP ultrawide camera and two 2MP modules for macro shots and depth data. Shots from the main shooter come out sharp and detailed while the ultrawide shots are seemingly less impressive. 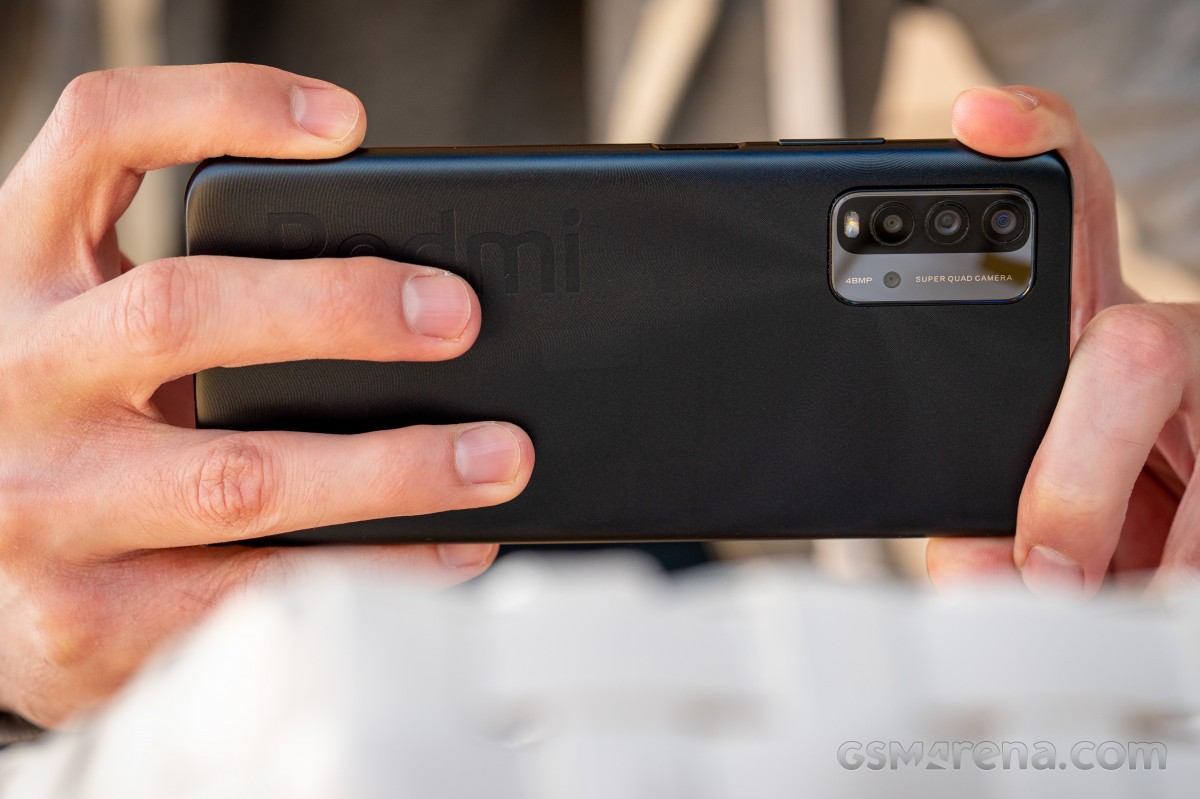 Performance from the Snapdragon 662 chipset is decent for everyday use. Even though it’s a 2021 phone, the Redmi 9T boots Android 10 with MIUI 12 on top which is a bit of a letdown. On the opposite side we were impressed with the loud audio output coming from the stereo speakers. 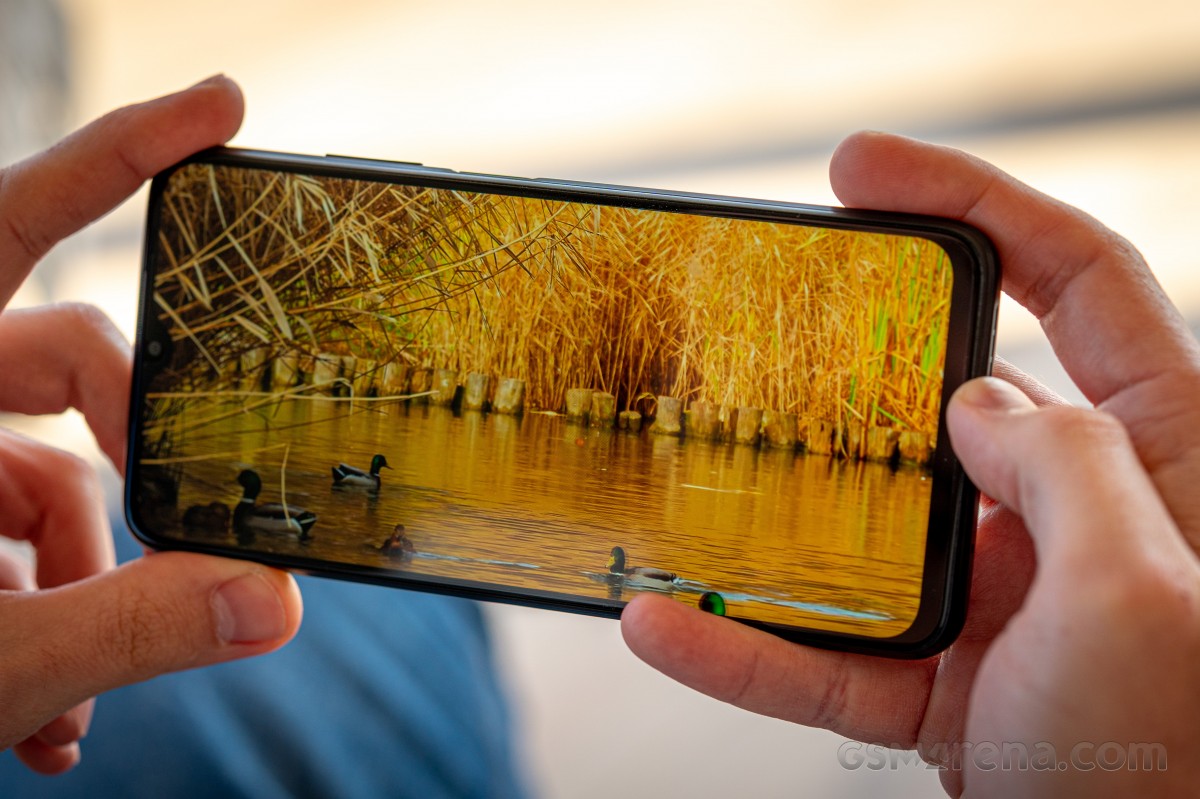 So the Redmi 9T is an affordable phone with a huge battery, decent cameras and familiar looks. Is it a match for other similarly spec’d phones like the Poco M3 or Moto G9 Power? Our review team will bring you the verdict in due time.