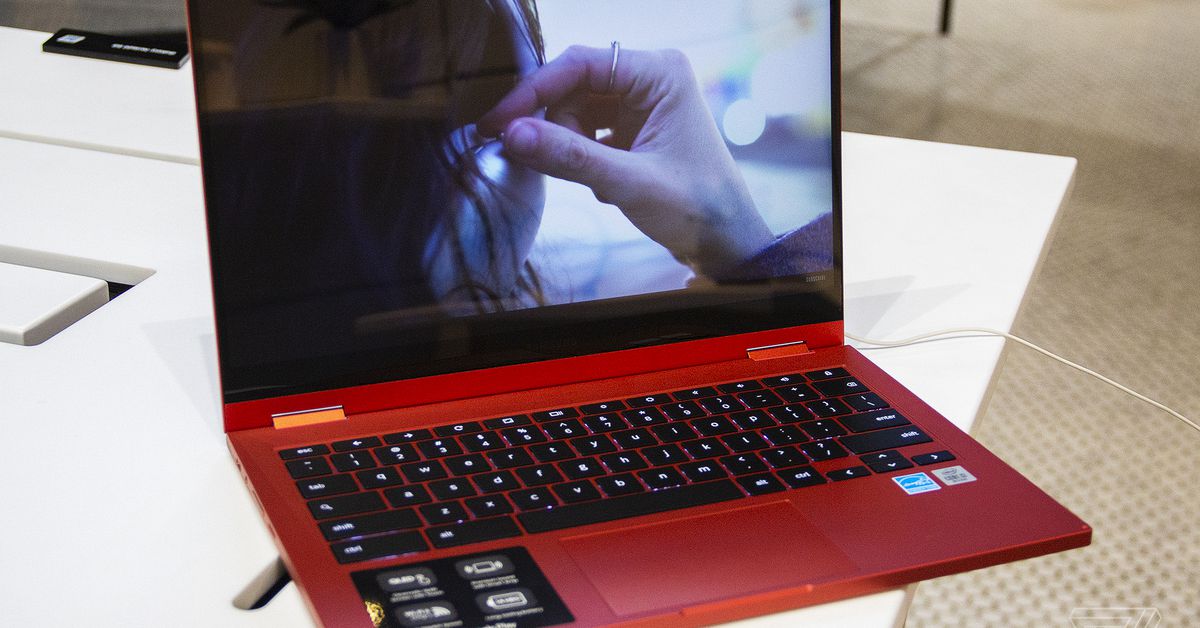 Samsung’s latest Chrome OS laptop, the Galaxy Chromebook 2, is now available for purchase at Best Buy. The Chromebook 2 was first announced at CES in January and features a new QLED display, 360-degree hinge, and a striking red paint job. It starts at $549.99 for a Celeron model and goes up to $699.99 for a Core i3 version, putting it at the higher end of Chromebooks.

That price is the most significant thing about the Chromebook 2 because it’s considerably less than the Galaxy Chromebook that debuted a year ago. The older Chromebook had an 4K OLED screen and came with a stylus — neither of which you’ll fine with the new model — but it also cost just under $1,000 when it came out. In our review, we found despite the gorgeous screen and striking paint job, the original Galaxy Chromebook didn’t justify its cost, particularly thanks to abysmal battery life.

The Galaxy Chromebook 2 is Samsung’s flagship Chrome OS laptop for 2021. It has a new QLED screen, either Intel Celeron or Core i3 processors, and comes in a striking red paint job.

We’ve yet to put the new Chromebook 2 through its paces, but we did get to see the machine in person back in January and it certainly seems like it will be competent. The QLED screen isn’t quite up to the marks of the OLED panel, but you’d be hard-pressed to notice without putting them side-by-side, and the rest of the Chromebook 2’s fit and finish are appropriate for the price Samsung is asking. Importantly, it still comes in that amazing red color, as well. You might notice the extra weight — the Chromebook 2 is about half a pound heavier — but it still falls under three pounds total and should be easily portable.

We will have a full review of the Chromebook 2 in the near future, but if you don’t want to wait and grab one yourself, you might be able to find one in stock at your local Best Buy right now. Let’s just hope Samsung improved the battery life over last time.